To be honest, it was always going to be a case of when rather than if, that the Mind Expander was going to get Jones's Ultra treatment. Well, for 2019, they've introduced the Ultra Mind Expander as a late model release to give a few select riders a taste of what's to come when it becomes a full line model next season. Sharing the same advanced Chris Christianson designed shape as the standard board, Jones's designers have updated and upgraded the internal spec to deliver a genuinely stunning surf-inspired board that provides a level of performance on the piste and in the pow that is nothing short of mind-blowing. No matter if you're laying out turns, or hacking through the trees, the Ultra Mind Expander takes the revolutionary ride of its sibling and dials it up to 11.

Rider Style
Advanced to Expert riders who are looking for the ultimate surf-inspired ride for those deep powder days or for laying out carves on groomers.

Shape Overview
The Ultra Mind Expander shares the same revolutionary shape as the standard board. As the ultimate evolution of the collaboration between Jeremy Jones and surfboard shaper Chris Christianson, Its fully directional shape with extended nose profile and short tail deliver the ultimate in backcountry float. However, it's the addition of the short radius sidecut with Traction Tech 1.0 that bring this board alive, transforming it from powder board to high-speed carver in an instant.

Profile
The Ultra Mind Expander takes the acclaimed Christianson Surf Rocker profile and powers it up a notch to give the Ultra its mind-bending performance. As per the standard board, the first thing you'll notice is the extended rocker zone in the nose. However, unlike the standard Mind Expander, this super long rocker then blends into a cambered section rather than the more surfy flat profile of the standard board. This high-performance design gives unrivalled lift at the front by channelling snow down and under the nose, but, by replacing the standard board's flat section with camber, the Ultra comes alive through the turn. Those relaxed surfy turns now become energised and push you to ride harder and faster.

3D Contour Base 3.0
The unique Contour 3.0 Spooned base is the most freeride specific of Jones's innovative 3D base profiles. Combining 7mm of spoon in the nose and tail which begins at the rocker points, Contour base delivers a super smooth transition from edge to edge combined with additional lift and float.

Construction
Internally, the Ultra Mind Expander steps up the construction to deliver the ultimate in response, feel and control. Heading this up is the high-end Power Core. This responsive and dynamic triple density wood core reinforced with powerful Bamboo, adds power through the length of the board, while the tri-ax glass structural layers, which replace the standard board's more playful bi-ax glass increase power torsionally. To this Jones then add their new Innegra reinforcing in the nose, this cuts chatter and gives the board a more stable and dynamic ride. The addition of basalt stringers through the length add another level of power ensuring that no matter how hard you ride, the Ultra Mind Expander just won't let you down. Finally, by adding an ash veneer top sheet, Jones dampen out most of the harsh nature of that high-end build, ensuring that you can take advantage of the board's performance without tiring yourself out.

Base
As the Ultra Mind Expander is all about speed, Jones fit it with a super high end and super-fast Sintered 9900 base. Keep this base waxed with a high-quality wax; it won't be too much of a stretch to say that you're going to be the fastest rider on the mountain.

We only display items on the website that we currently have in stock. In most cases, stock can be taken from our main warehouse, and you will receive your item(s) within 2 working days from the point of placing an order. If we have to source the item(s) from one of our stores' stockrooms, this takes a little longer and delivery is usually within 3-5 working days. If you need your items by a particular date, please let us know by using the additional shipping notes. (For overseas destinations please see the chart below).

Next working day delivery, morning delivery and weekend delivery may be available with a surcharge, depending on stock location and delivery post code. If this is required please call our customer service team free of charge on: 0808 164 8720 to discuss.

For all next working day delivery orders please place order before 1pm (GMT) Monday to Friday.

When you spend over £150, delivery is FREE to standard UK addresses (includes Scottish Highlands). In the UK we use Interlink for standard delivery and UPS for oversized parcels (e.g. skis and snowboards). Gift Vouchers are sent by Royal Mail 1st class. For all Interlink, you will receive an automated email on the night of dispatch that allows you to track to the progress of the delivery. For UPS deliveries, you will receive an automated email once your parcel has been despatched.

If you are ordering goods for a particular holiday departure date or as a gift for a birthday etc., please inform us in the Delivery Notes field when making your order so we can make every effort to meet this deadline.

You can choose this option for any product you see on our website. Add the item(s) to your basket and, once your order is complete, go to the basket page. Select Reserve In Store as your delivery option then click checkout and you can choose the most convenient store to collect your order from. The store list also displays whether or not the item is in stock and available for immediate collection, or if we need to send it there for you to pick up later (this can take up to 5 days). Payment is made in-store when you collect.

Delivery timeframes for non-UK delivery vary depending on location, and take between 2 – 9 days. Similarly, non UK delivery charges start at £13 for Europe and go up to £30 for Southern hemisphere regions. For more detailed information please visit our international delivery page. Please note that the prices we quote on this page are for standard deliveries, i.e. parcel weight and size restrictions apply. For non-standard deliveries, e.g. skis and snowboards, our customer service team will contact you once you’ve placed the order to discuss any additional payment required.

In light of the Covid-19 Coronavirus pandemic, we have increased our returns offer from 21 days to 28 days.

Returns must be made within 28 days of receiving goods, and we will issue a refund within 7 working days of the goods being sent back to us. When you receive your order there will be a returns form inside, so please complete this and send back with the returned goods. Return carriage must be paid by the customer for unwanted goods, and we offer a variety of ways for you to make a return e.g. taking to one of our stores free of charge, or Post Office drop off for £2.50. For full details please visit our returns page.

We're offering 12 months' 0% interest free finance on all orders over £250 in value.

Our 0% Interest Free finance option means you can take home and use your gear today and spread the payments over a time that suits you, up to a maximum of 12 months.

Please note: Our finance package is only available on orders over £250 in total value. If you need further assistance with finance on your purchase please feel free to speak to our customer service team on: 0800 0356483.

1. Select the products you like and choose Divido as the payment option on the checkout page.
2. Complete the online application form. It takes 30 seconds to find out your result.
3. If prompted complete the ID verification, review and sign your agreement with the lender electronically.
4. Once you've signed, we'll deliver the goods to your home address.

To apply you must:

✓ Be over 18 years of age
✓ Be a UK Resident for at least 3 years
✓ Have a UK bank account that can accept direct debits
✓ Have credit or debit card registered to your home address
✓ Have a stable income whether through permanent employment or other means (pension, Disability Allowance, etc.)
✓ Be OK for there to be a credit check performed

When you submit your application Please note: Delivery must be to the address you put on the finance application, which must be the same as your billing address of the bank account you're applying with.

We only display items on the website that we currently have in stock. In most cases, stock can be taken from our main warehouse, and you will receive your item(s) within 2 working days from the point of placing an order. If we have to source the item(s) from one of our stores' stockrooms, this takes a little longer and delivery is usually within 3-5 working days. If you need your items by a particular date, please let us know by using the additional shipping notes. (For overseas destinations please see the chart below).

Next working day delivery, morning delivery and weekend delivery may be available with a surcharge, depending on stock location and delivery post code. If this is required please call our customer service team free of charge on: 0808 164 8720 to discuss.

For all next working day delivery orders please place order before 1pm (GMT) Monday to Friday.

We have partnered with Divido Financial Services Ltd to offer you a quick, simple and 100% paperless process to access affordable finance options.

For any queries during the application process or when signing your credit agreement their Customer Service team will be happy to help either through their chat by pressing the help button or by phone on 020 3773 9510. Our lender is Duologi which is a trading name of Specialist Lending Ltd which is a limited company registered in the UK under number 10664999 at the registered address 10 Bressenden Place, London, SW1E 5DH, United Kingdom. Authorised and regulated by the Financial Conduct Authority.

Please visit our finance page for full details and Terms and Conditions. 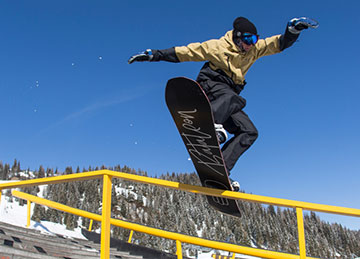 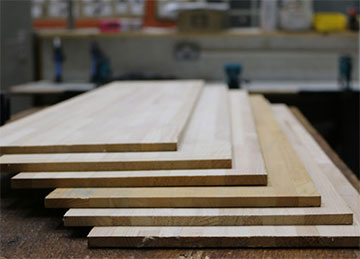 Tech series - what goes into a snowboard core? 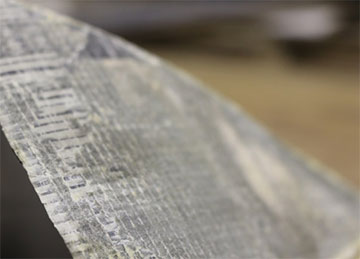