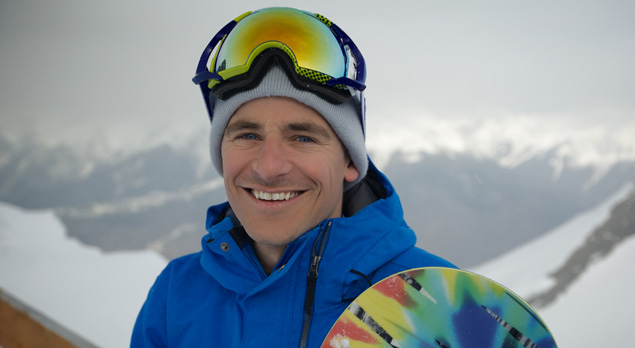 Aside from the riding one of the biggest highlights from the Winter Olympics had to be Tim Warwood and Ed Leighs commentary gold. We caught up with our good friend Mr Timothy Warwood to get his take on what went down in Sochi.

"Well that was the Olympics. All 4 weeks of them for me. And it was some of the Best 4 weeks of my life!

Being my first gig for BBC sport, the nerves we're understandably pretty high going into a LIVE broadcast with a potential of 2 million viewers. I'd done TV before, but this was proper TV, the Olympics, and everyone was watching. When I say everyone, I mean 3.1 million. Because that's how many tuned in LIVE to witness my good friend Jenny Jones win the Bronze medal as I commentated.

Well as I tried too anyway...

You see, all levels of professionalism went straight out the window. I'd just witnessed my friend make history. I'd just witnessed my friend claim a medal in an event that she's poured her entire life and soul into for over 15 years! I cried! I knew we we're live, the director told me in my ear, but I couldn't help it. It was awesome. And to be a part of that is something that can never be taken away from me. I am truly honoured.

However, It seems that 300 people (the ones that used effort actually complain, there's maybe more) didn't quite share mine and everyone else's enthusiasm for Jenny's Medal. I don't care. I was rubbish at maths at school, but if 3.1million watched it, and only 300 complained then only about 19% of people didn't like it! Which I think is pretty good. (told you I was bad at maths). The Daily mail didn't like me either. Job done I'd say!

There was talk of legacy from the London 2012 Olympics, and Team GB wanted to echo this going into Sochi 2014. The BBC were also running with a theme called "get Inspired", which aimed to do exactly that! Well after those first few days in the booth it seems that Jenny did just that! I got messages from the UK saying how the dome's were sold out, I got lots of tweets from people saying how amazing it was, but best of all were the tweets from people saying, 'we've booked lessons because of this.' Just incredible. My only hope is that we can build on this, get Billy, Jamie, Aimee, Katie O, and hopefully some fresh new blood onto the podiums come 2018.

The Olympics has finished. I was there and I bloody loved it!"