Riding In The UK Indoor Vs Dryslope 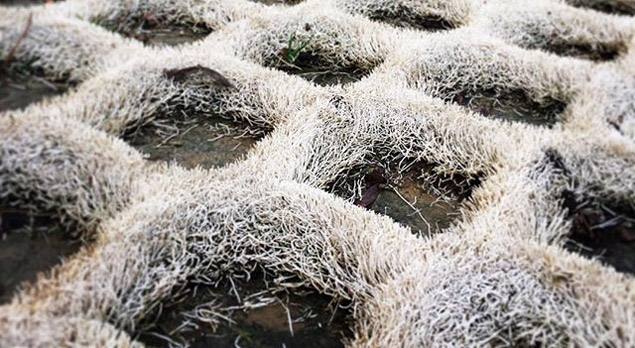 Living in a Great Britain, unfortunately, limits your access to home-based mountain resorts, fact. Thankfully we inventive Brits have built an amazing community of artificial indoor and outdoor slopes that are open all year round.

If you're like us and desperate to ride your snowboard all year round, we thought it would be helpful to discuss some of the pros and cons of dry slope Vs snow dome and let you decide which is best for you.

There are a lot more artificial dry slopes than indoor snowdomes throughout the UK; so the chances are that your nearest slope will be an outdoor one. The Ski Club of Great Britain has compiled an easy to use map of the UK that lists of all of the artificial and real snow slopes in the UK, with links to each of the venue's website and details.

There are plenty of slopes throughout the UK so get in touch with your local one and see what deals, clubs, lessons and events they have on.

Snow domes and artificial slopes are both open all year round with a lot of dry slopes installing floodlights to let you get some time on the hill after work. Almost every slope has lessons and courses that kids and adults can take part in. A week's course can be a great option for keeping mini shredders busy over half term.

Indoor real snow slopes have dedicated nights where the park shapers create fun and inventive parks and kickers for you to learn new tricks.

Artificial slopes also hold freestyle nights including rails and other features that can be placed on the slopes; some slopes even have permanent kickers incorporated into their design. However, the size and quality of the rails and kickers park can be limited by the lack of real snow. 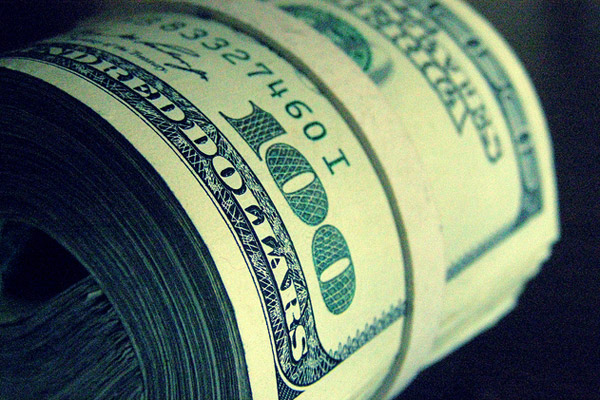 One of the main advantages of going to a dryslope is the price. It is often half the cost or less than its indoor snow dome counterpart. A indoor session (4 hrs) can cost anywhere from £30- £40 compared to £11 - £17 on a dryslope. Saving those extra pounds means you can afford some new snowboard gear, or put it towards a holiday on a real mountain.

The summer months are a great time to get yourself a deal in a snow dome with the prices often coming right down. If you are going to be hitting up the indoor slopes on a regular basis have a look into a membership or a monthly or even weekly passes for the most economical way of getting those laps in.

Waxing for indoor and dry slopes 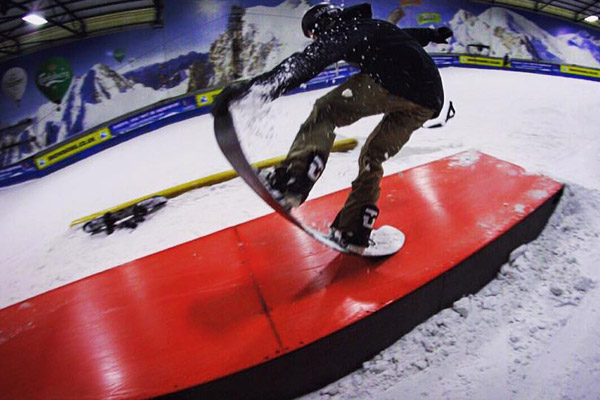 A dryslope surface is a lot more abrasive on your snowboard base so you want to use hard cold temp wax or one designed especially for use on dryslopes. Over time your base will get little dulled from the friction, however, if you make sure your snowboard is regularly waxed it will help slow this process.

In a snow dome you also want to you use hard wax because the snow is often dirty and icy. Even though the temperature is not that low the hard wax will protect the base of your board and make turning easier. If you are struggling for speed you could put a layer of zardoz or other fluorinated wax on top.

There are lots of clubs, evenings, and lesson groups you can join within a safe environment whether you are getting ready for a holiday or want to perfect that trick.

Both types of slopes have great communities built around them where friends and sometimes family are made. Whichever form of slope you decide is the best for you there is no reason not to get out there and go snowboarding whatever time of the year it is!

Our Partners
© The Snowboard Asylum Ltd 2021